“She was a tough lady in a time when women weren’t expected to be,” my father said to me regarding his grandmother and my great-grandmother, Mary Maude Jago Hayes, during and after the Great Depression. “She loved her sherry, she loved her children and god forbid anyone who got in the way of either one of her two loves.” My father continued his tale by telling me, “my father told me all these stories about her. I never met her, but I knew her through my father and through the stories that he told me.”

END_OF_DOCUMENT_TOKEN_TO_BE_REPLACED

Mary Maude Jago Hayes was born to Eliza Jago and James Hayes in 1900 in Burwood, a small working class suburb within Sydney, Australia. Mary married Andre Auprince at the age of 22 in 1922, where the couple resided within the suburb of Hurstville, Sydney to be close to her family. Several years after the birth of her two children Ivan (1923) and Jacqueline Auprince (1927), Mary filed for divorce from Andre in 1937 citing desertion. She moved to the country town of Bathurst in 1936 where she met and married William Lyle Dowling in 1940 at the age of 40, after serving as his children’s nanny for several months. She died in 1969 at the age of 69 in Bathurst where she is buried. 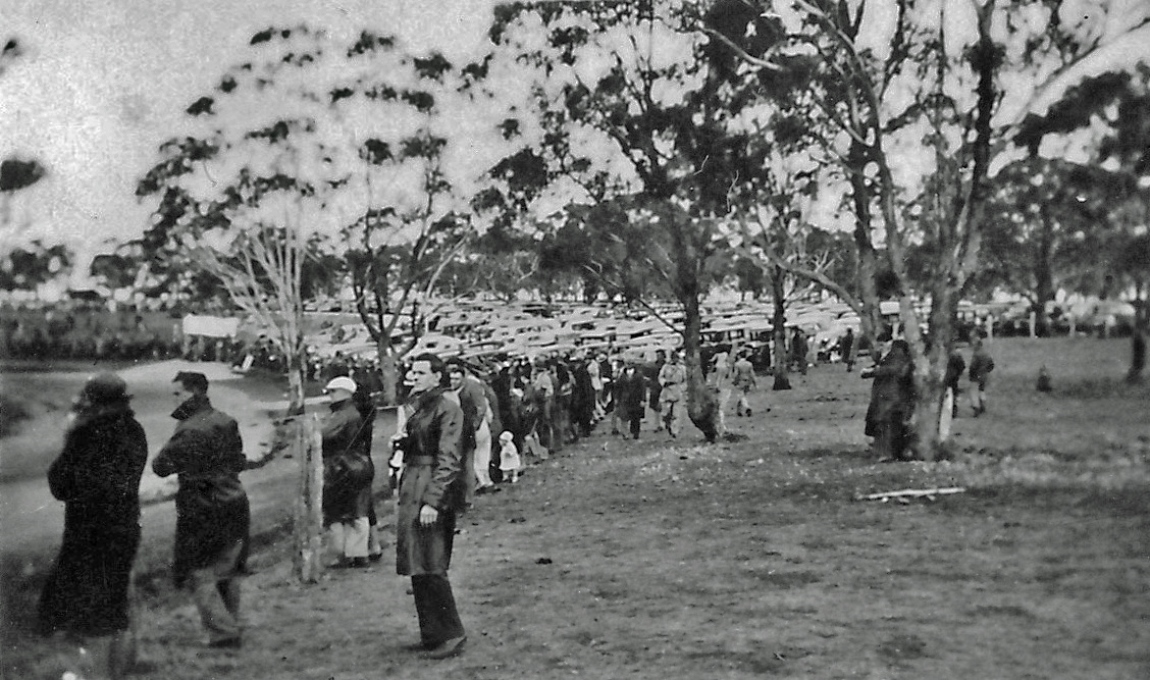 “They are still in drought in terms of a Bathurst victory. Still waiting for that win. The longest losing streak in the history of the race. I’m calling a little early perhaps because this is after all, Mount Panorama” –Neil Compton on the last lap of the 2004 Bathurst 1000.

END_OF_DOCUMENT_TOKEN_TO_BE_REPLACED

I chose this image because I believe that the men during the Great Depression were seen as being the bread winners for their family. However due to the economic conditions of the time, many were forced onto the dole (welfare). It END_OF_DOCUMENT_TOKEN_TO_BE_REPLACED 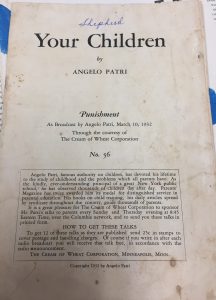 “Punishment” is the 56th entry in the radio broadcast Your Children by Angelo Patri. This radio broadcast was turned into an eight-page transcript produced in 1932 by the Cream of Wheat Corporation in association with the Columbia Broadcasting System in Minneapolis. It is currently housed at the University of Alabama’s W.S Hoole Special Collections Library.