Katie Elizabeth woke early on August 21, 1934, before even the chickens had time to yell them all out of their dreams. The only one to beat her outside of the cabin and onto the porch was her husband who had left a small pile of cigarette ash on the porch before he went to tend to their pigs. One had just died,

throat torn out and left hind hoof missing, so he fed them early to herd them into the barn with the two milk cows they bought a few years ago. He’d spend all morning on repairing the fence he always said he would get to until it cost them a fifth of their money.

Lizzy walked through the azure haze of early morning southern mist to the chicken coop and plucked a dozen eggs out into a basket, counting to herself three cents for each one (“Retail Prices”). She left the hens clucking angrily and frustrated at being woken so early. “Serves you right,” she muttered letting the wire door swing shut behind her. She walked up the porch into her kitchen, warm now that the fire in the oven was really going. Easily worth more than anything in the house combined, that oven had been Willy’s mama’s, won in a game of poker at her wake from his brother. The kitchen still seemed stained by the cusses it took to get it in there.

With the precision of muscle memory, Lizzy laid out her sugar, salt, flour, butter, and buttermilk before her on the cracked and splintered table where they all ate. The sugar was expensive, as was anything that made you smile these days, but she sprinkled it in the mixing bowl with a smile. She had bought a ten pound sack months ago for seventy cents from the man who brought the rolling store (“Retail Prices”). He smiled too much to need the prices as high as he said he did and she had used it sparingly, only for her biscuits which she made for each child’s birthday. She cracked a few of the eggs in, leaving the rest to fry later and smiled at the *plop* each one made in the bowl.

Next, she scooped the flour into a small cup, meticulously skimming the excess off. Four and a half cents (“Retail Prices”). To waste a grain of it would be to waste a loaf of bread next week, or for Carol to pout all day because her birthday was at the end of the year and she had gone without biscuits for two years in a row now. Willy had cut up the rest of that dead hog though, was going to sell it tomorrow. She reckoned he could get at least four dollars (Shepherd), so Lizzie thought Carol would get her biscuits anyway. And the flour had been a gift, so Lizzie felt not the dread of money sifting from their collective pockets, but rather the warm glow of a good coming around to good and counted its value.

The pastor always said the Lord’s highest command was to do unto others as you would have them do unto you so when Mary Ann came hollering at the general store Lizzy listened as if she weren’t thinking about any and everything other than what her feckless cousin had stepped her foot in.

“Liddy done run off, Marshall thinks with that Shay boy. I swear I’m gonna tan her hide I don’t know where she gets it from, I ain’t never done nothing so reckless as she does. I swar when I get that girl I’m gonna tear out every hair on her head.”

“Come now, Mary Ann, what happened,” Lizzie said, a response as automatic as slapping the candy out of young Betty’s hand.

“Well I just said, Liddy’s done gone with that Shay boy and I’m at my wit’s end about it.”

Willy had come up by then with a bag of feed over his shoulder, orange hair made dark by sweat. “What’s that Shay boy getting up to now?”

“I just said he took Liddy up the crick and they hain’t been back since.”

“Well go on and get Harry and we’ll go git er.”

Looking back, Lizzie thought the beating Willy gave that Shay boy when he found him with his trousers around his ankles made more of a statement to Harry than the gratitude did, but he gave Willy a sack of flour all the same for his trouble.

Lizzy poured in the buttermilk she made from the vinegar they still had left over from last year and started shredding up cold butter, cursing the heat the stove had built up; warm butter just made bad biscuits. She had sold three pounds of it the day before for a dollar and twenty cents (“Retail Prices”); Timothy Harrow never could keep a straight back when she gave him her look.  By the time she had her dough made up on a pan the children were making noise. Christopher had waddled out the door still wiping the sleep from his eyes, to go to the outhouse.

Betty was the first to wander into the kitchen, a tangled mess of black curls on her head showing what she got from her mother and father. “Are those for me cause it’s my birthday?”

“Only if you know how old you are, only the smartest little girls get biscuits.”

“I’m six momma, I’m getting big!” And to prove her point Betty jumped up and down with her hands stretched toward the ceiling.

“That’s right you are, and big girls have to do their chores before they eat breakfast.”

“Keep talking back and you won’t eat nothing today, girl.”

“Yes ma’am,” Betty said, joining her brother and sisters in milking the cows and collecting the rest of the eggs from the chicken coop. Maybe she could trade those in town today for a bit of salt, didn’t Millie say her hens weren’t laying any?

Lizzy smiled as she cut her dough into circles, then placed them into a cast iron pan, topped them, and set in the oven. She sat at the table and counted the minutes. 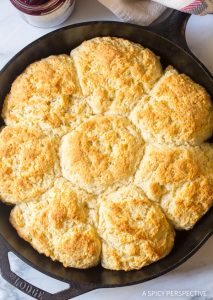